Thanks to Darren for a great write up of my favourite weekend so far with the club up in the Yorkshire Dales.

Another great break which was open to all members of the club.

On Saturday we split up into about 3-4 groups all navigating our way up to Honister cafe. Once there (and we all discovered those Sausage Rolls!) we headed out again in the direction of Keswick – some choosing longer routes than others, but all reconvening and sharing tales in Wetherspoons in Keswick before getting the open top bus back in absolutely glorious sunshine – it was just like being a kid again!

Sunday saw most of us again attempting the Castle Crag Challenge (run to the top of the local hill to clear the head – taking about 15-30 mins) before the heavens opened.

Really enjoyed the weekend and great to see lots of new faces who couldn’t make it the previous year! 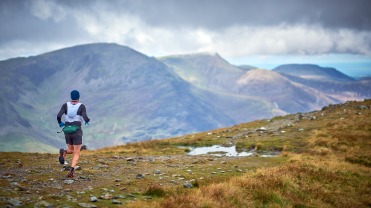 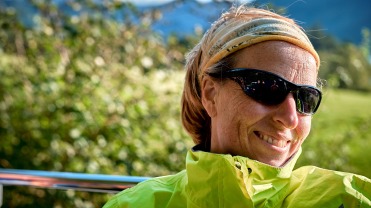 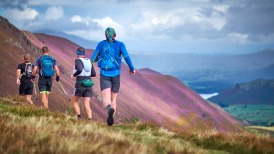 {write up below courtesy of Sal Chaffey…Thanks Sal!}

This was my first trip away with Belper Harriers. The race was harder than expected, but we had a cracking weekend! Rachel organised this as a girls trip, and booked Alnwick Youth Hostel for about 20 of us – the early risers for the Marathon & Ultra races in one dorm and those for the Half and 10k in another couple of dorms.

It’s an A–B race, with everyone finishing at Bamburgh Castle early–mid afternoon. So the start times are staggered, the Ultra starting at 8:20, the Marathon at 9:30 – you get the idea. We had to drive to register at Bamburgh and get bussed back to the Start. Registration was in the old stables & we collected our number, dibber and whatever variety of Cliff Bar that took our fancy.

Good thing we were allowed an extra layer for the bus as it was pelting it down during the pre-briefing … and when we got to the Start, one of the feather banners snapped in the wind!

I wished Wendy good luck and off we went. The first 6 miles or so were thru fields, tracks and minor roads down to the coast at Alnmouth – quite fiddly but well signed. From Lovers’ Lane there’s a lovely terrace of pastel coloured ‘Balamory’ houses, then you hit the coast. It’s a good feeling, as it’s here that you embark on the race proper.

Several sections were along the beach and I ran in the water every now and again to nip any blisters in the bud. The exits from each beach sections were marked with a feather banner – which  always seemed to be getting smaller rather than bigger  :O

The 2nd checkpoint (12.9 miles) was a mile so south of Craster and I got there in 1:59. Jelly Babies, bananas and crisps were the standard fayre – but you had to get the crisps opened for you otherwise it would be salty confetti, it was so windy!

Next highlight was spotting the Harriers bobble hats at the Half Marathon Start. They were just taking a group photo when I ran through! Soon they overtook me tho, on fresh legs.

The romantically ruined Dunstanburgh Castle was next, then another long beach to Checkpoint 3 at 19 miles. The next miles to CP 4 at 25 miles were the worse and I was contemplating opting for the Marathon instead of the 35 mile Ultra, but when I got to the checkpoint, the thought that I only had 11 more miles to do gave me a second wind!

Seahouses was pretty. The last beach was long, and – worse – doing the Ultra you had to loop past Bamburg Castle and run along it twice. But at least I felt on the home straight by now & got a fantastic cheers from Rachel, Claire & other Harriers at the Finish.

The loop continued along the coast across a golf course with views of Lindisfarne Castle (apt: oldies will remember the band’s 1978 single, Run for Home), then turned inland on minor roads and finally repeating the last mile of beach. The thought of a sub-7 hour time kept me pushing, but in the end it was 7:02. I was pretty delighted with this, especially after finding the 2nd Female Vet 50 had done 7:04!

Claire met me at the Finish with cake ‘n’ crisps and lent me her duvet jacket. I watched a few finishers climb up to the castle, then drove back to the YH for a shower ‘n’ chill before a great meal at Lilburns’ in Alnwick where the anti-inflammatory Pinot Grigio flowed!

Here’s a link to the EnduranceLife Coastal Trail Series events. My Women’s over 50 prize was a £10 voucher for entry into another race. I see this one scored 2/5 for difficulty and all the others are harder … so maybe not, but I’m glad I did it! 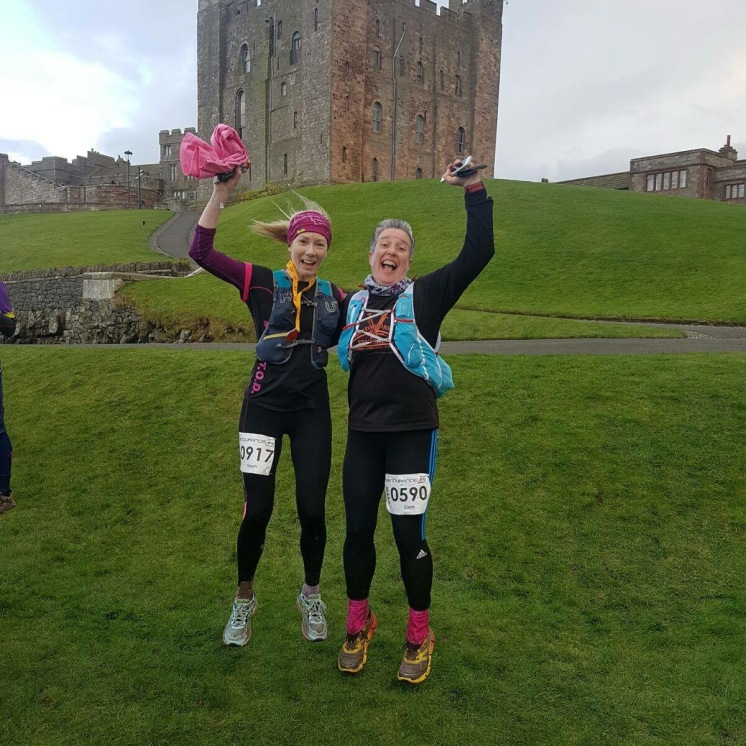 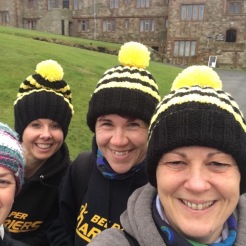 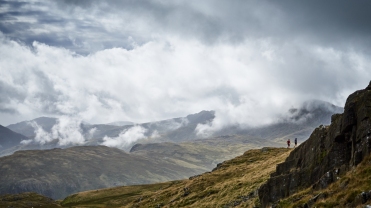 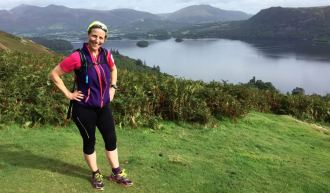 The weekend was a resounding success, so much so, that we’d already decided it was going to be an annual event before the end of the weekend! See you next year!